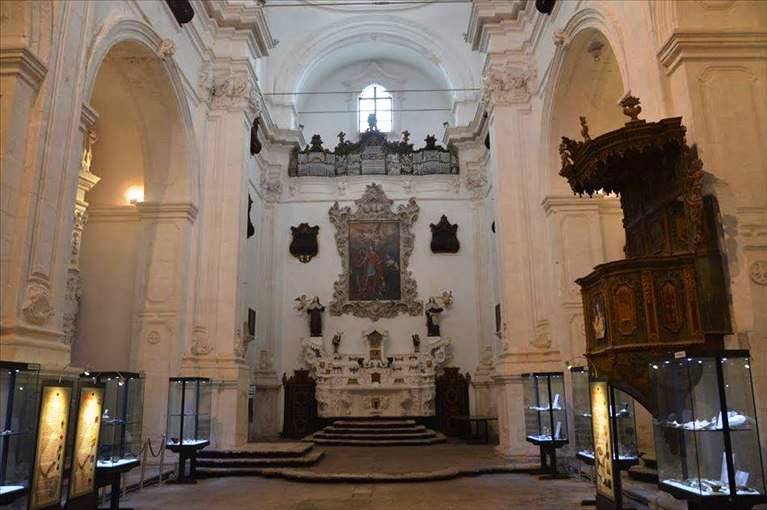 The Museum of Ostuni, inaugurated May 14, 1989 in the former Carmelite monastery of Santa Maria Maddalena dei Pazzi, with the adjoining church of San Vito Martire, after a careful restoration, was reopened in 2011 with the temporary exhibition “Ostuni and the its territory: daily life and the sacred in archaeological evidence “.

The structure of the Museum – located between the Church and the Convent – houses exhibits dating back to the Messapian, Medieval, Renaissance and modern ages. Along the route it will be possible to admire the findings dating back to the Neolithic and Eneolithic found in the Grotta di Sant’Angelo, while the the last three rooms of the museum itinerary are entirely dedicated to the Grotto of Santa Maria di Agnano.